The 2022 Ford F-150 Lightning is the automaker's first electric truck, but how good is it? Fox News went for a ride to find out. | The Fox Garage https://fxn.ws/3hJScBU 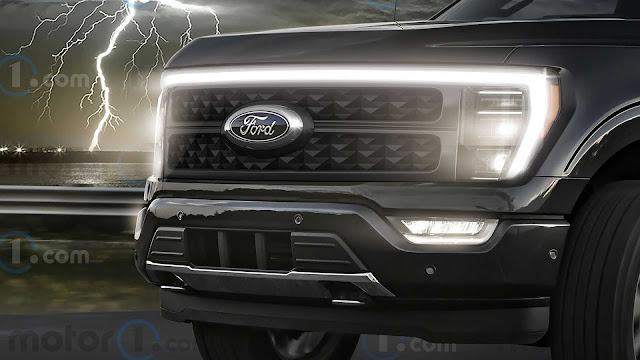 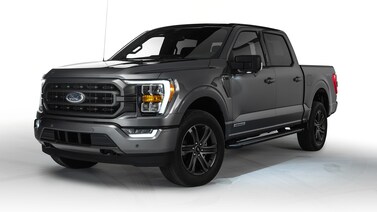 Biden says ‘hate can be given no safe harbor’ as he signs anti-Asian hate crimes billEmphasizing that "we are committed to stop the hatred and the bias," President Joe Biden on Thursday signed into law a bipartisan bill

that would speed the review of hate crimes and make it easier to aid in their reporting. The president spoke before signing the COVID-19 Hate Crimes Act, a measure that overwhelming passed both houses of Congress and which was spurred by the reported surge in anti-Asian hate crimes amid the coronavirus pandemic, which originated in China before sweeping the globe. Repeating a line that he’s often used, Biden said that "hate can be given no safe harbor in America." And he emphasized that "right now, this is a critical problem, hate crimes being under reported."The new law aims to tackle that problem by creating a new Justice Department position to expediate the review of potential COVID-19-related hate crimes which are reported to federal, state, or local authorities. And it will expand efforts to make the reporting of hate crimes more accessible at the local and state levels. Vice President Kamala Harris, the nation’s first female, Black, and Asian American vice president, highlighted that "this bill brings us one step closer to stopping hate, not only for Asian Americans but for all Americans." NYPD INVESTIGATING HATE CRIME ATTACK ON ASIAN MAN And Biden pledged that "with this new law, the Department of Justice and this entire administration is going to step up." Preaching bipartisanship in a nation extremely divided along partisan lines, the president noted that "I believe with every fiber in my being that there are simple, core, values and beliefs that should bring us together as Americans. One of them is standing together against hate, against racism, the ugly poison that has long haunted and plagued our nation." And pointing to the bipartisan audience at the White House bill signing ceremony, Biden said "you’ve taken that first step, that important step." POLICE IN CALIFORNIA MAKE ARRESTS IN ROBBERY OF ELDERLY ASIAN MAN The measure passed the Senate 94-1 last month before sailing through the House this week by a 364-62 vote. "I’m proud today of the United States. I’m proud today of our political system, the United States Congress. I’m proud today that Democrats and Republicans have stood up together to say something," Biden emphasized. And Biden, who made a pledge to work with Republicans a pillar of his 2020 campaign for the presidency, praised the lawmakers from both parties who spearheaded the bill for "showing that our democracy can work and deliver for the American people." But the president, raising his voice, warned that "every time we let hate flourish, we make a lie of who we are as a nation." He urged that "we cannot let the very foundation of this country continue to be eaten away" and said that "I look at this law that you passed as maybe the first break, the first significant break in a moment in our history that has to be turned around." Harris, speaking ahead of the president, acknowledged that with the bill signing, "our work will not be done. Here is the truth. Racism exists in America. Xenophobia exists in America. Anti-Semitism, Islamophobia, homophobia, transphobia, it all exists. And so the work to address injustice, wherever it exists, remains the work ahead." 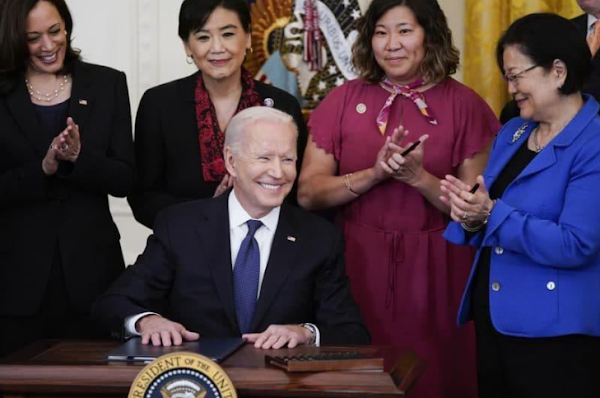 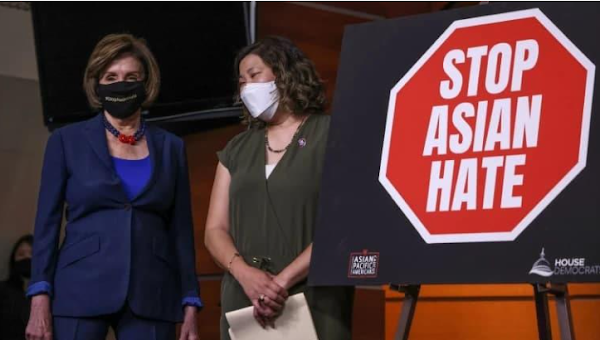 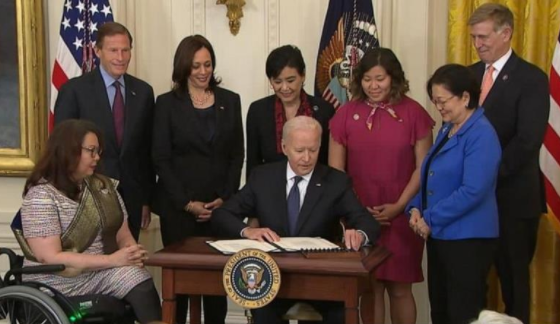 Tags: news
New York gubernatorial candidate Andrew Giuliani joined "The Story with Martha MacCallum" to discuss the rising crime rates in the state and his bid for governor 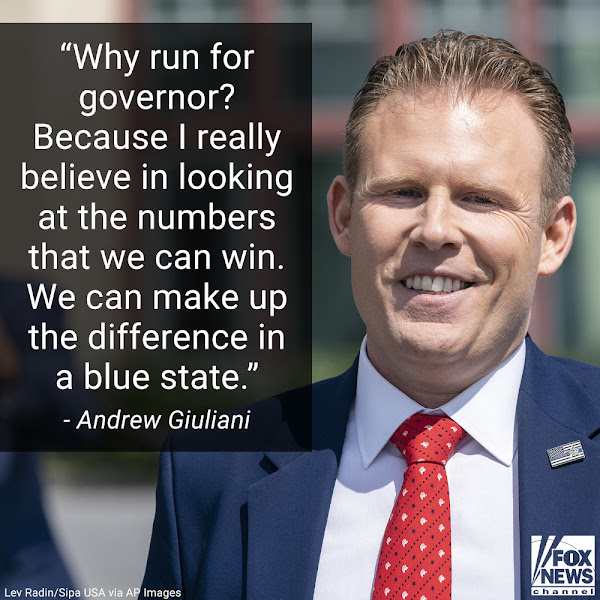 Majority of Portlanders feel police presence should increase or remain the same after year of protests: report

he majority of Portland residents feel that police presence in the Oregon city should increase or remain the same, according to researched obtained by Oregon Live/The Oregonian. DHM Research surveyed 600 Portland metro area residents from April 30 to May 6 of this year and asked a variety of questions, including: "Thinking about the city of Portland broadly — not just downtown —do you think that the police presence should increase, stay at current levels, or decrease?" The answers were broken down by whether the respondents lived in the city of Portland or the overall Portland metro area, and also by whether they felt that police presence should increase, decrease, stay at its current level or "don’t know," according to Oregon Live/The Oregonian. VETERAN WHO WAS HARASSED BY ANTIFA OVER FLAG SAYS RIOTS HAVE BECOME PART OF PORTLAND’S LANDSCAPE Half of all respondents said they felt that Portland’s police presence should increase, while an additional 24% said it should remain the same, the report said. Meanwhile, 42% people who lived in the city of Portland reportedly said it should increase, while 30% said it should "stay at current levels." Out of all respondents, 15% said they felt the police presence should decrease, while 11% said they don’t know, the report said. PORTLAND MAYOR 'GRATEFUL' FOR BIDEN REVERSAL OF TRUMP ORDER THAT SENT FEDERAL AGENTS TO CITY AMID PROTESTS The question’s results had a 5.7% margin of error. Tensions flared in Portland for as many as 100 days straight during the summer of 2020 as protesters called for an end to systemic racism and police brutality in the wake of several high-profile deaths. The unrest has continued in spates throughout the year and often descended into violence and destruction. CLICK HERE TO GET THE FOX NEWS APP When asked whether respondents felt downtown Portland – where protests and riots have frequently broken out over the past year – "is more or less safe than it was 12 months ago," 42% said it was "much less safe." Of the remaining responses, 27% of people said it was "about the same," 21% said it was "somewhat less safe,"4% said it was "somewhat safer," 4% said they don’t know and 2% said it was "much safer," the report says. 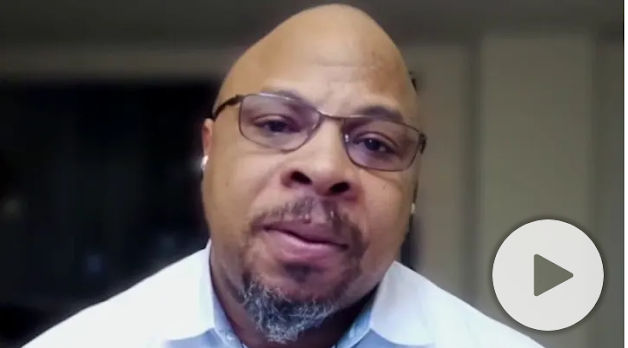 Good morning and welcome to Fox News First. Here's what you need to know as you start your day … House Intel Republicans urge ‘more pressure on China,’ claiming evidence suggests Wuhan lab leak EXCLUSIVE: Republicans on the House Intelligence Committee say there is "significant circumstantial evidence" that the coronavirus outbreak stemmed from a leak at China's Wuhan Institute of Virology. The lawmakers urged the federal government to put "more pressure on China" to allow for a "full, credible investigation" into the source of the global pandemic. Committee Ranking Member Devin Nunes, R-Calif., and Republicans on the panel released a report Wednesday, first obtained by Fox News, saying it was "crucial for health experts and the U.S. government to understand how the COVID-19 virus originated" to prevent "or quickly mitigate future pandemics." Republicans pointed to China’s "history of research lab leaks resulting in infections," and warnings from U.S. diplomats in China as early as 2017 that the Wuhan lab was conducting "dangerous research" on coronaviruses without following "necessary safety protocols, risking the accidental outbreak of a pandemic." Republicans also pointed to public reports that "several researchers in the Wuhan lab were sickened with COVID-19-like symptoms" in Fall 2019, and the Chinese military’s "involvement in the Wuhan Lab." CLICK HERE FOR MORE ON OUR TOP STORY. In other developments: Pompeo calls on China to release evidence disproving Wuhan lab leak theory: 'Come on, bring it' - Ex-New York Times health reporter: 'Lab leak' coronavirus theory looking stronger - Sources believe coronavirus outbreak originated in Wuhan lab as part of China's efforts to compete with US - Ingraham: We won the COVID debate, now get ready for 'impending' climate lockdowns Michigan's Whitmer should give notice on out-of-state travel, state Republicans say A bill introduced in the Michigan Legislature on Wednesday would require Gov. Gretchen Whitmer to notify lawmakers when she plans to travel out of the state The bill follows Whitmer’s controversial $27,521 Florida trip in March when she visited her ailing father but initially refused to give details about the trip. Bobby Leddy, the governor’s press secretary, claimed the legislation was politically motivated. "It would behoove the Legislature to read the Michigan Constitution, which clearly outlines a process to ensure that there is always an acting governor available to continue the functions of the state in case of an emergency," he said, according to the Detroit Free Press. "If the Legislature wants to waste their time playing games, that’s their own decision, but Gov. Whitmer is going to remain focused on ending this pandemic and putting Michigan back to work." CLICK HERE FOR MORE. n other developments: - Michigan Gov. Whitmer's controversial Florida trip subject of IRS complaint - Gretchen Whitmer's Florida trip: company that flew governor not authorized for charter flights, FAA says - Michigan's Whitmer paid $27,521 for Florida trip using mix of donor fund, own cash, aide says - Michigan Gov. Whitmer looking to shut down Enbridge pipeline during national gas shortage Rural Oregon counties look to join more conservative Idaho An effort to move nearly two dozen of Oregon’s most rural counties into the more conservative neighboring state of Idaho has gained momentum – with five counties voting this week in favor of having local officials consider the issue, according to reports. 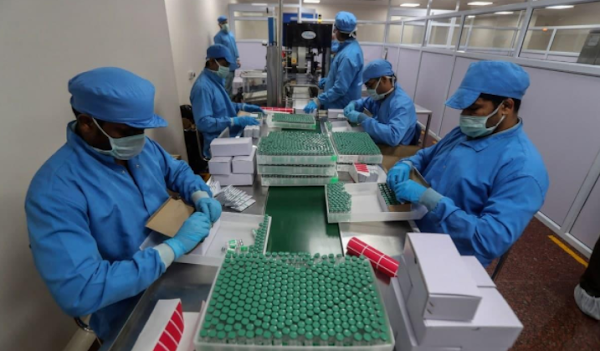 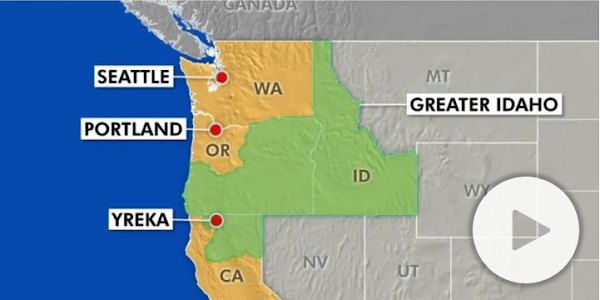 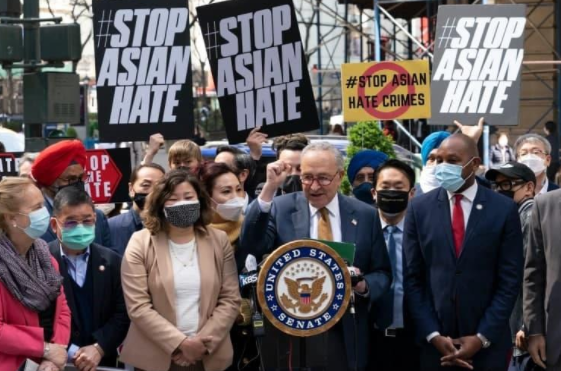 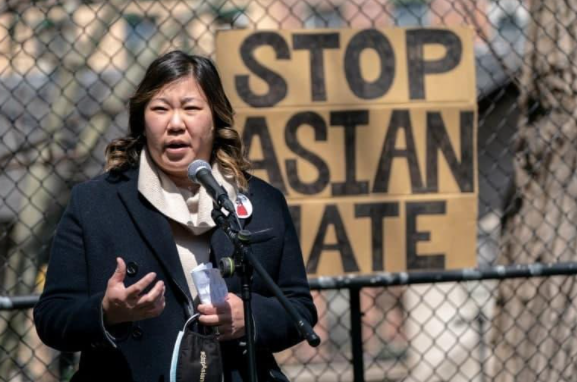 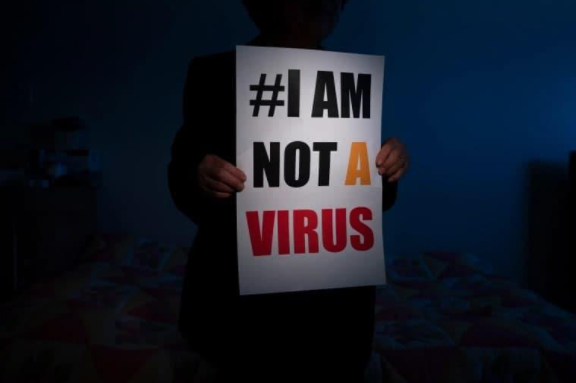 Hostilities between Israel and Hamas escalated on Tuesday, raising the death toll in two days to at least 30 Palestinians and three Israelis, with Israel carrying out multiple air strikes in Gaza and Hamas firing rockets at Tel Aviv. 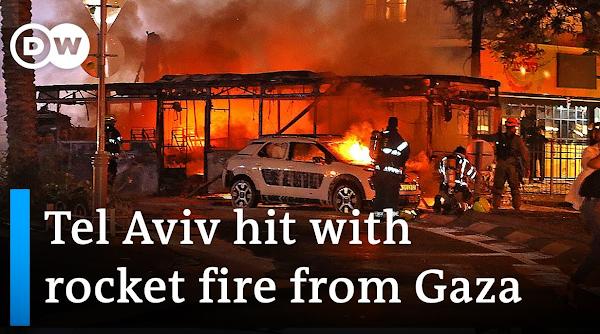